We are now using the new bridge. Workers are already preparing the old bridge for its upcoming move. Thank you to everyone who helped celebrate the old bridge in video, photos and events over the past decades, especially this past week.

Photos on the New Bridge

The new bridge is roughly 75% done. The north walkway and decorative lights/artwork are still coming, and in fact, can’t be added until the old bridge is moved away. Crews are removing the concrete deck from the old bridge to make it lighter. Cranes will then hoist it onto a trailer parked on the new bridge to depart. Construction will continue to build out the remaining 25% of the new bridge, which will officially be done in 2019. 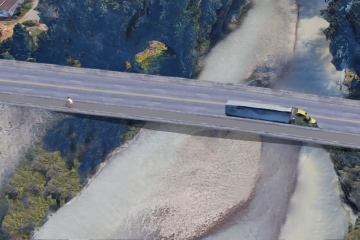 From Mayor Bill Pugh: Something momentous happened last week for Sumner. Did you notice? Likely not, unless you watch Pierce County meetings. Pierce County approved their portion of funding ($4.26 million) to replace the Stewart Read more…

Union Pacific assessed the bump left from their work on the crossing of Sumner Heights Drive. They made some temporary patches, but the job requires further work. They are scheduling paving and asphalt to complete Read more… 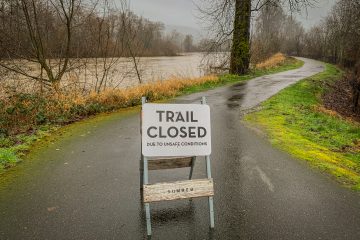 The full length of the Sumner Link Trail is closed the full week of February 10 from Traffic Avenue to Stewart Road (8th Street). We still have standing water in places from last week’s flooding, Read more…