At the May 7 Council Meeting, the Sumner City Council took the first step in potentially moving and expanding the Sumner Pierce County Library. The City Council voted unanimously to purchase a parcel of land on the south side of Main Street in the 15000 block of East Main Street, across the street from the Fred Meyer complex.

The City has been in preliminary talks with the Pierce County Library System about moving the existing Sumner Library to a more central location geographically and a larger location. The City owns the land that the library currently sits on along Fryar Avenue.  Current discussions for the Town Center Plan identify the long-term goal of transforming the library’s current location into a multi-story residential transit-oriented development that offers much-needed multifamily options located within walking distance of the Sumner Sounder Station and downtown amenities.

The City of Sumner has a rich history of offering quality library services for its residents. The Ryan House was originally the Sumner Library starting in the 1920s until it moved to its current “modern” building in 1977. In the late 1980s, Sumner’s library became part of the Pierce County Library System. The building was remodeled in 1995.

In 2016, the Sumner Pierce County Library served 15,759 cardholders, 130,196 visitors with 325,718 checkouts (that’s approximately 900 checkouts per day), and 769,500 minutes read during the Summer Reading program. In 2016, the Sumner Library also welcomed 4,250 guests attending events and classes, hosted 69,670 hours of Wi-Fi connections, and 19,234 hours of people using public computers as well as 342 meeting room reservations. A modern library is more than a collection of books. It is a meeting space, a place for career development, learning and gathering. In fact, in 2013 the Pierce County Library System won the National Medal for Museum and Library Service in acknowledgement for their diverse and progressive services. This prestigious award is one of many national awards the Library System has earned. The City of Sumner views its library as crucial access to learning, computer literacy and community gatherings. Recent events have ranged from the Sumner Community Quilt project to the annual Pierce County READS to Sumner resident Bill Heath sharing his experiences during World War II.

The library’s current location is not easy to access. Fryar Avenue is now a busy traffic corridor for freight and commuters. Often, the Traffic Avenue interchange backs vehicles up in front of the library, making access difficult during key times after school and work. Sumner works hard to be a walkable community, participating in efforts for Complete Streets, Safe Routes to Schools and ADA accessibility, yet the library’s current location is one of the most difficult to safely and easily access via walking or bicycles. Finally, the building from 1977 was designed as a flat-roof, brick structure that does not last well in western Washington’s damp climate. It continues to see ongoing maintenance and structural challenges.

The Council’s action is the first step toward potentially moving the library to a larger, more accessible location for the city’s growing community. From this point, the City and Library System will now need to discuss details for future collaboration and formal agreement.  Both the City and the Library System are excited by the possibilities that this purchase makes possible but have not made any decisions about details.  Although the City of Sumner has 99% of its debt capacity available and unused, the Council chose to use an interfund loan from the Stormwater Fund for the purchase as this option holds the most flexibility into the future. 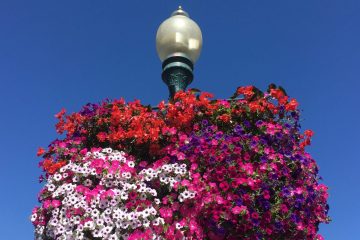