Notice of Availability and Public Meetings

The Draft SEIS describes the existing conditions and identifies probable significant environmental impacts, mitigation measures to mitigate these impacts, and any significant unavoidable adverse impacts from the proposal, in accordance with RCW 43.21C.031. The Draft SEIS is also intended to fulfill the SEPA requirements for Planned Action environmental review consistent with (WAC 197‐11‐164 to
172).

Description of the Proposal:

The City of Sumner will be updating its Comprehensive Plan and East Sumner Neighborhood Plan by
June 30, 2015 in accordance with the Growth Management Act (GMA). The Update includes the
following:

The City of Sumner

The study area consists of the Sumner city limits and Sumner Urban Service Area portion of the Pierce
County Urban Growth Area (UGA) boundary. The East Sumner Neighborhood Plan area: approximately
between Parker Road and Sumner Tapps Highway and from Salmon Creek on the north to SR 410 on the
south.

The City of Sumner is requesting comments from citizens, agencies, tribes, and
all interested parties on the Draft SEIS from February 24 to April 24, 2015 by 5:00 PM. All written
comments should be directed to:

The City of Sumner will also hold the following meeting during the comment period at
which comments may be submitted. 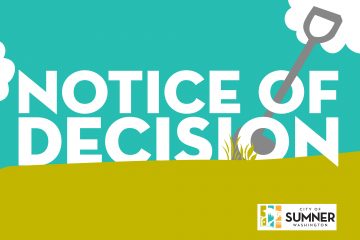 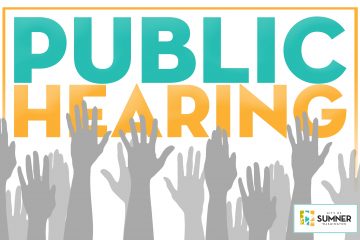 NOTICE IS HEREBY GIVEN that the City of Sumner Planning Commission has fixed the 5th day of March, 2020 at 6:00 PM in Sumner City Hall’s Council Chambers, located at 1104 Maple Street, Sumner, Washington Read more… 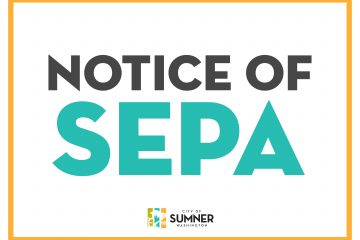 NOTICE IS HEREBY GIVEN that the city of Sumner environmental official has received a SEPA Checklist and Application for the project described below. Project Name: Sumner Zoning Code Text Amendment – Asphalt Plants Permit Application Read more…